Our Glowing Volcano Science Experiment is much easier than you think using common ingredients found in your household to create a chemical reaction with a product of carbon dioxide. You will never guess the lava ingredients!

Glow in the Dark Glowing Volcano 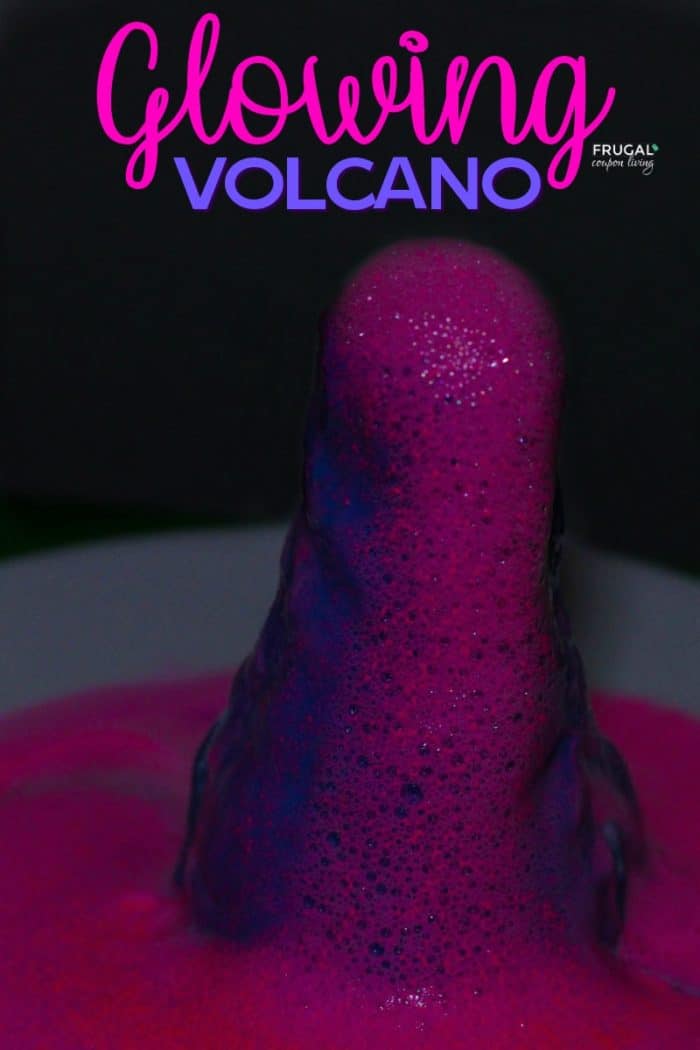 It’s super easy to put this five minute science experiment together, and you probably already have everything you need right at home, so no need to run to the store for last minute supplies. 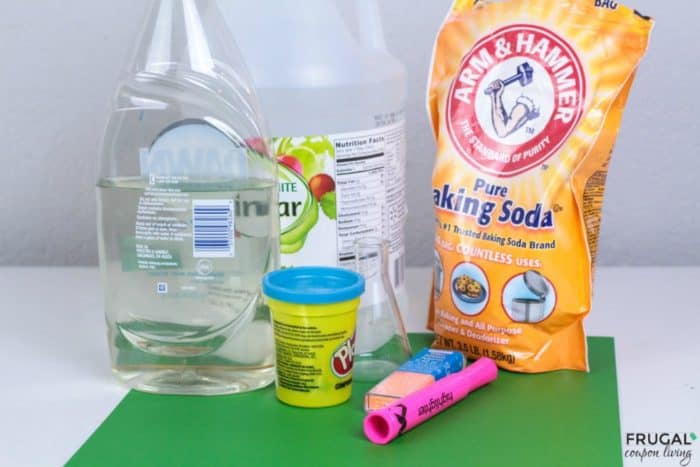 As I mentioned, you do need a few supplies but I bet you have everything at home already.

If you do not have a highlighter, we used orange and pink, then you can use glow sticks – just carefully break them open.

Nothing in this experiment is difficult but we do recommend adult supervision as you are working with ingredients that would not be good for ingestion. 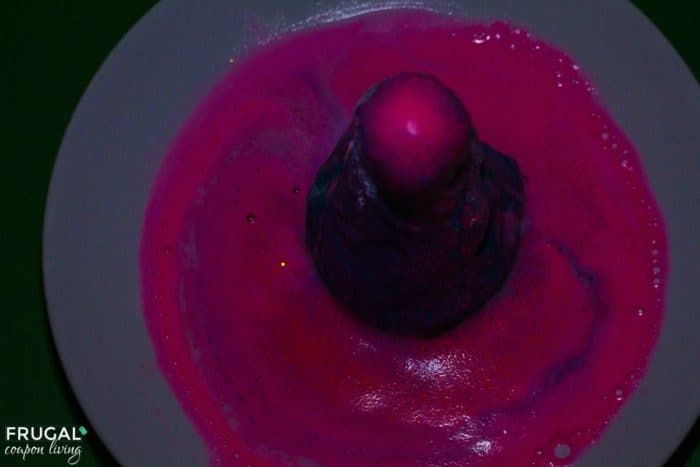 You will want a jar for your volcano base. Wrap the jar or bottle with playdough to make the shape of the volcano. The color of the playdough isn’t very important, though brown playdough is sort of fun for this activity! Make the base of the volcano wider than the top to make it look more like a volcano.

Cut the highlighter marker open and remove the ink pad from inside. Cut the ink pad open.

Pour about ½ a cup of vinegar into a small bowl or another jar. Place the highlighter ink pad into the jar and squeeze it to remove all of the dye. It’s not a bad idea to have gloves on during this process.

Add a few drops of dish soap to the vinegar. Add some glitter to the jar and stir.  You can see what our bowl of lava ingredients looks like below. 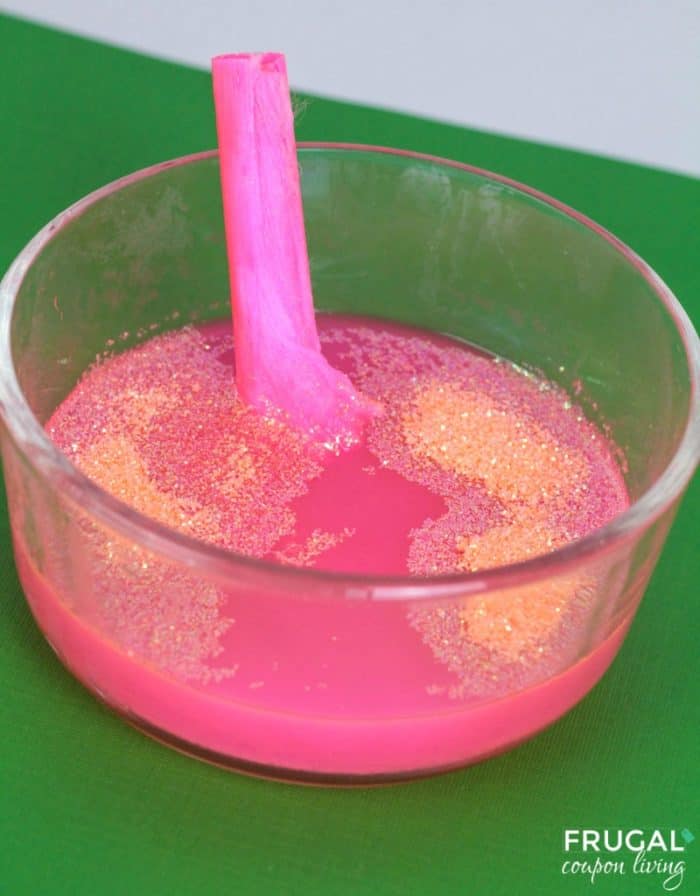 Pour a small amount of the vinegar liquid into the volcano jar.

This is a good time to dim the lights or move the volcano to a dark room. The closest isn’t a bad place.

Scoop a small amount of baking soda and add it to the volcano to make it react. Watch it glow!

Did you know? Once you’re done oohing and awing over the glowing volcano, talk a little about the reaction making the volcano erupt. The reaction between the vinegar (dilute acetic acid) and baking soda (sodium bicarbonate) generates carbon dioxide gas. It’s the carbon dioxide releasing from the chemical reaction that causes the volcano to fizz, and when you add dish soap, the bubbles stick around just a bit longer! The ingredients from the highlighter marker react with the light, causing the volcano to glow.

Our Glowing Volcano Science Experiment is much easier than you think using common ingredients found in your household. Can you guess the lava ingredients? #FrugalCouponLiving #Volcano #ScienceExperimentClick to Tweet 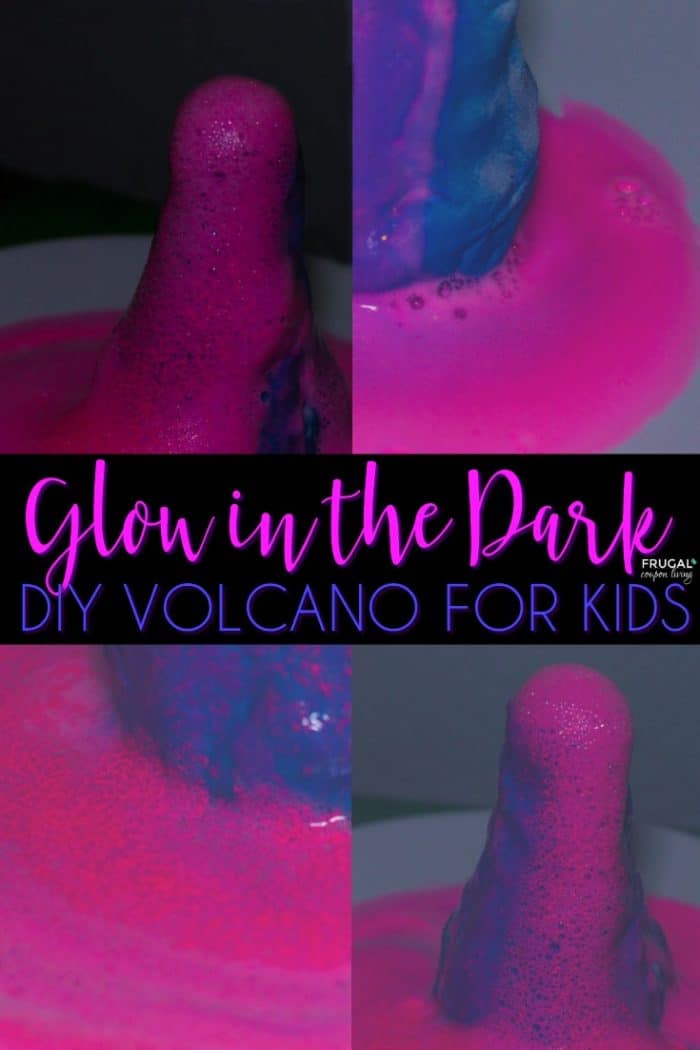 Also take a look at these 5 Minute Science Experiments for Kids. Pin to Pinterest. 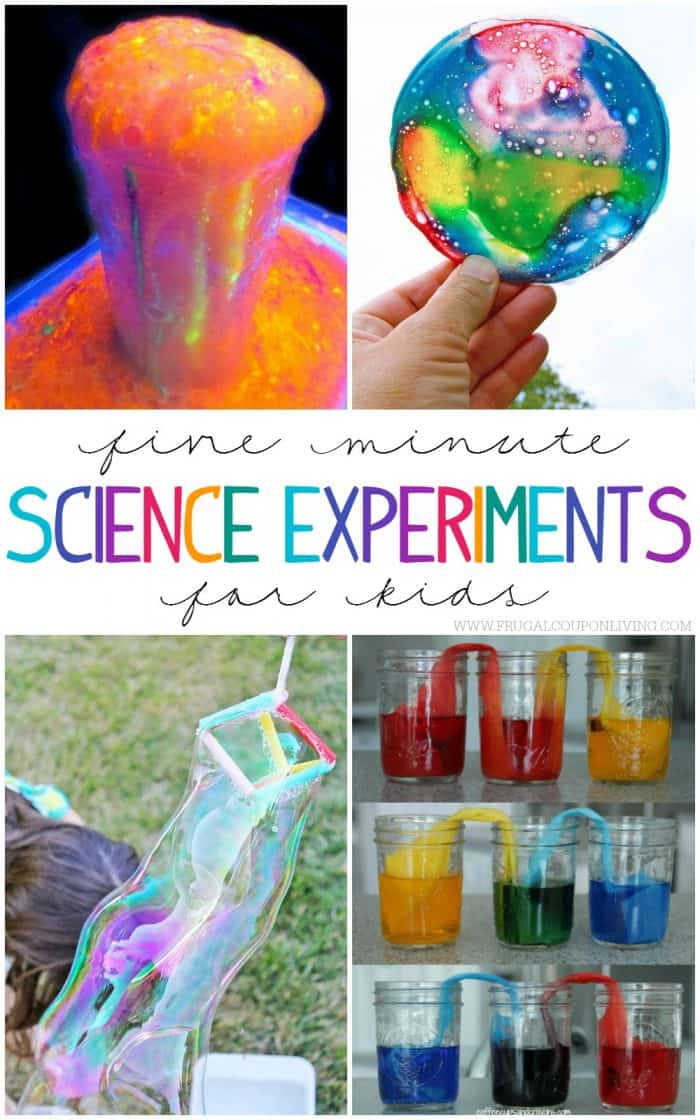 Make glow in the dark eggs with this easy science experiment with the kids! Pin to Pinterest. 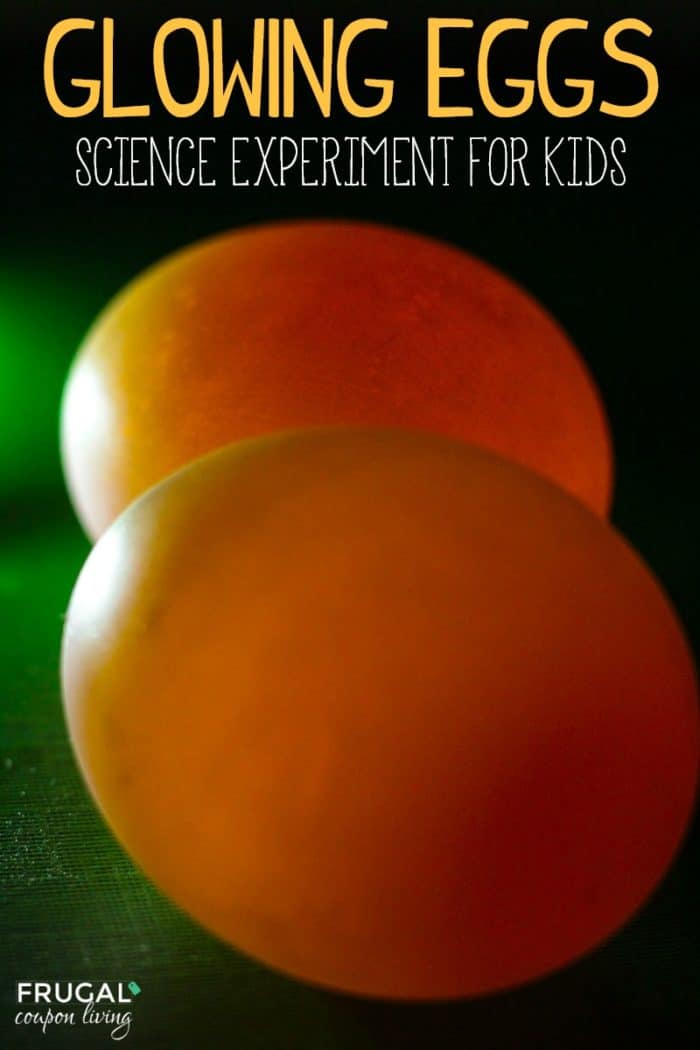 Take the fun outdoors with this Glow in the Dark Rainbow Lantern Craft. Pin to Pinterest. 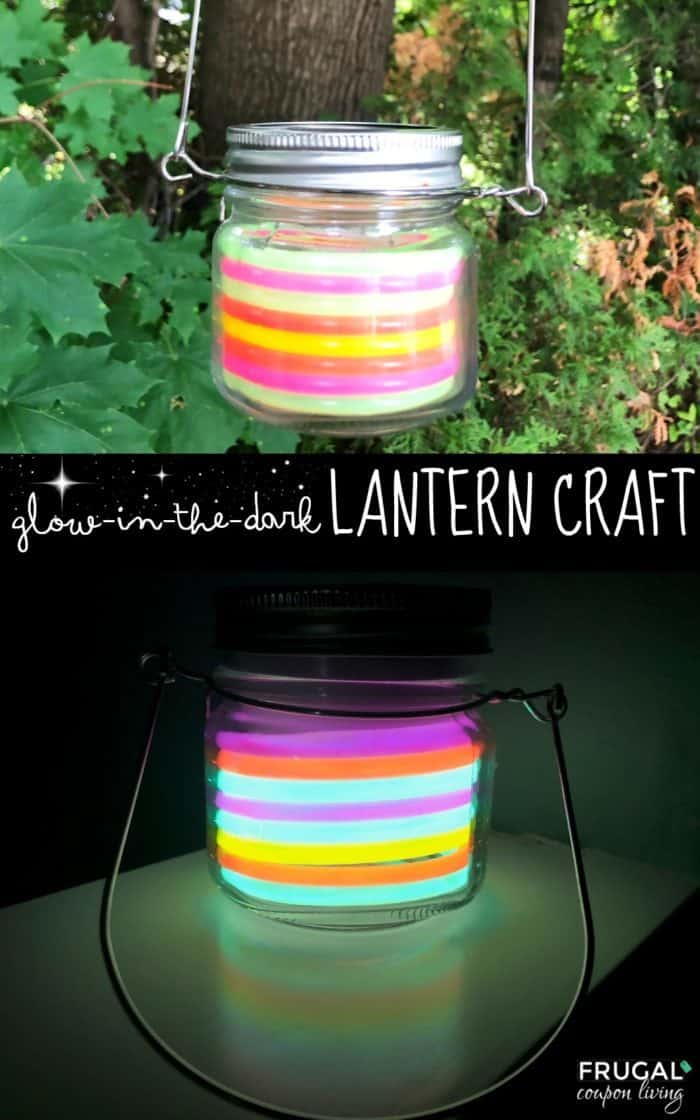