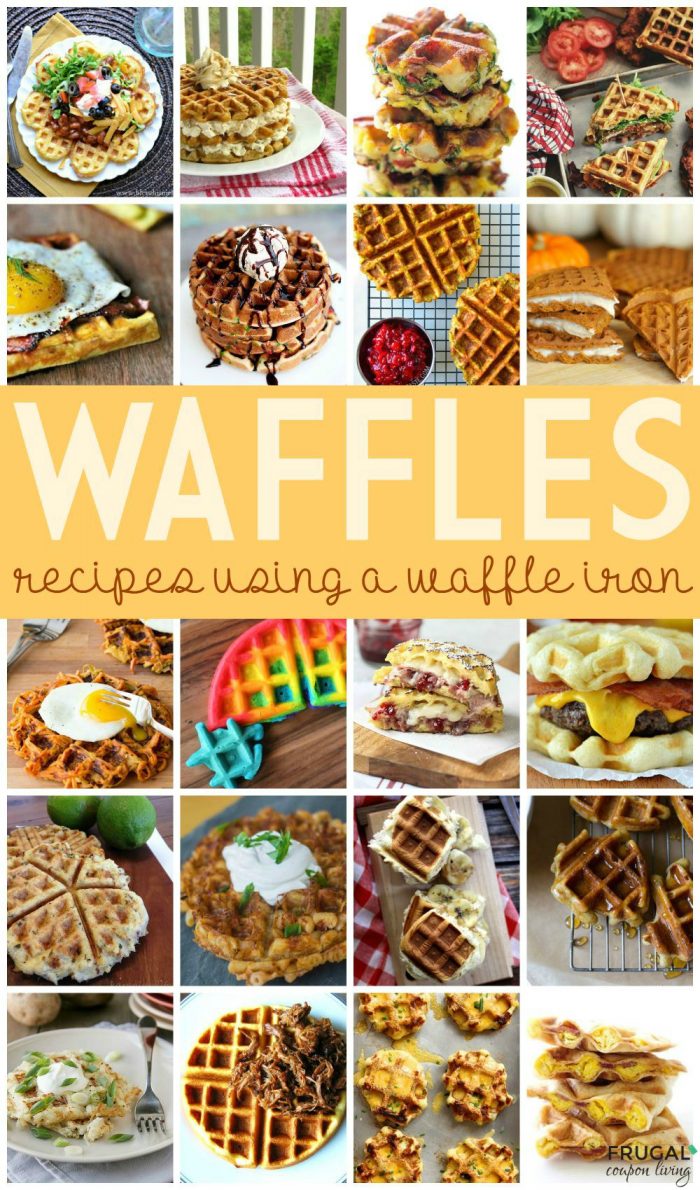 Think outside the box, or perhaps outside the oven with these Waffle Iron Recipes. Don’t get me wrong, I love waffles but, check out all of these other yummy things you can make with your waffle iron! It’s not just for batter anymore! From tostadas, pizza and hash browns to brownies, quesadillas and crab cakes. These waffle iron recipes will give you new inspiration for a beloved breakfast tool. I’m wowed by all of these new waffle batter ideas!  Try pumpkin with cream cheese, carrot cake or a bright rainbow batter, the kids will love this one! Which one will you try first? 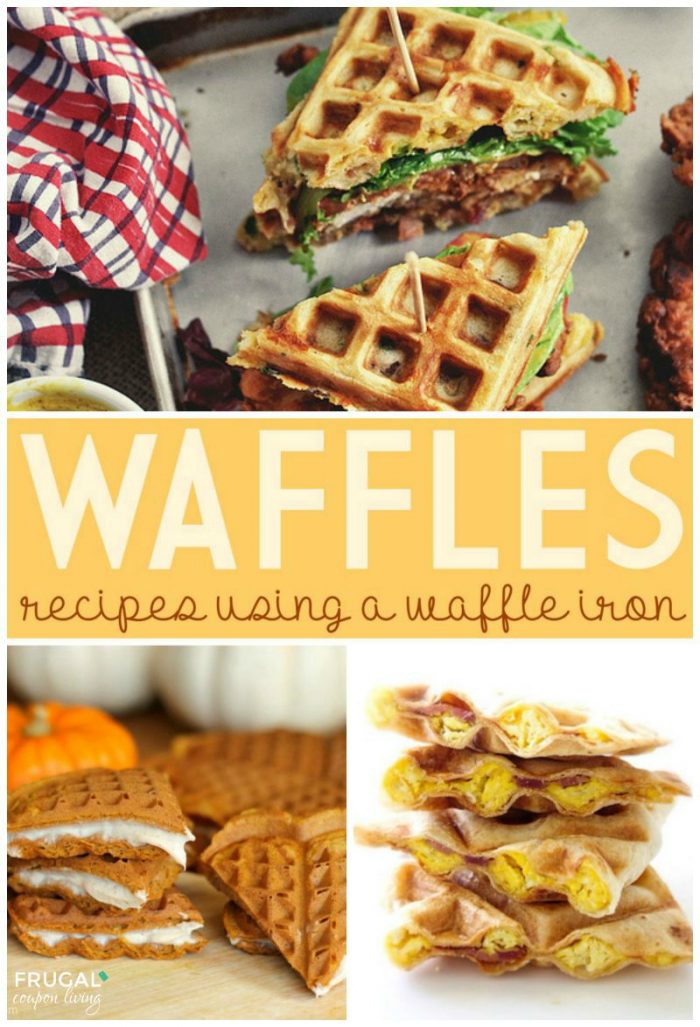 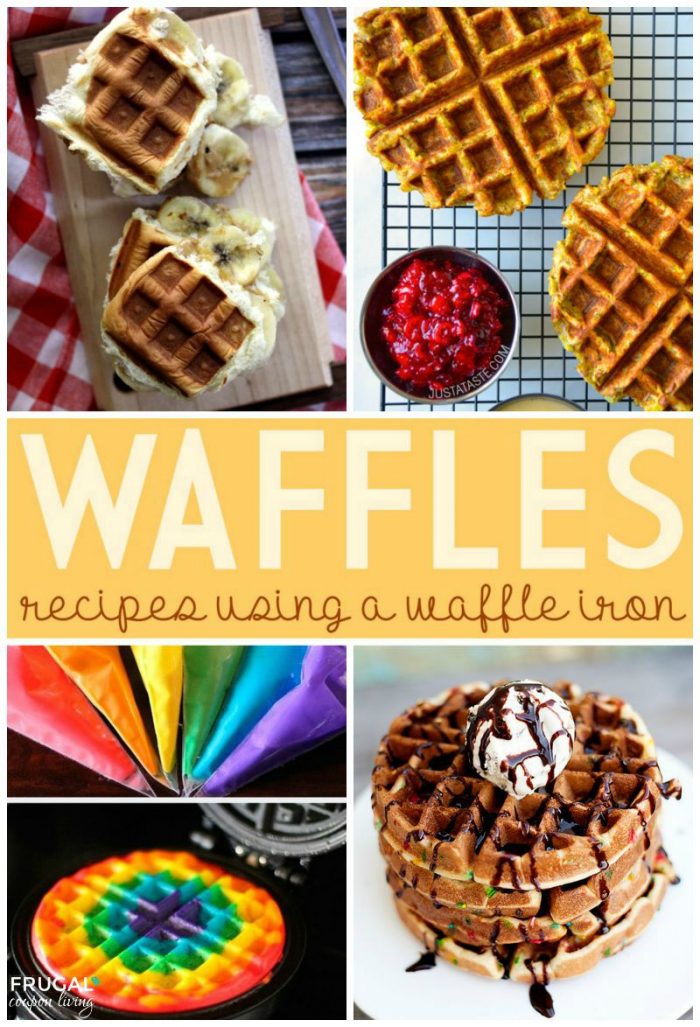 Rainbow Waffles from Gimme Some Oven

Funfetti Cake Waffles from Buns in My Oven 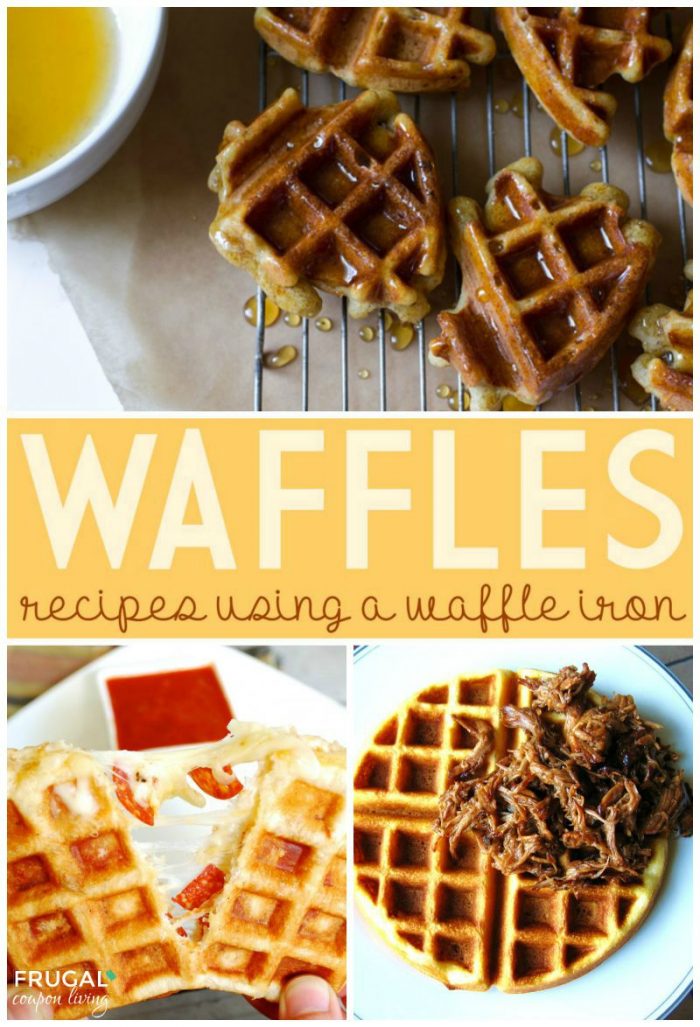 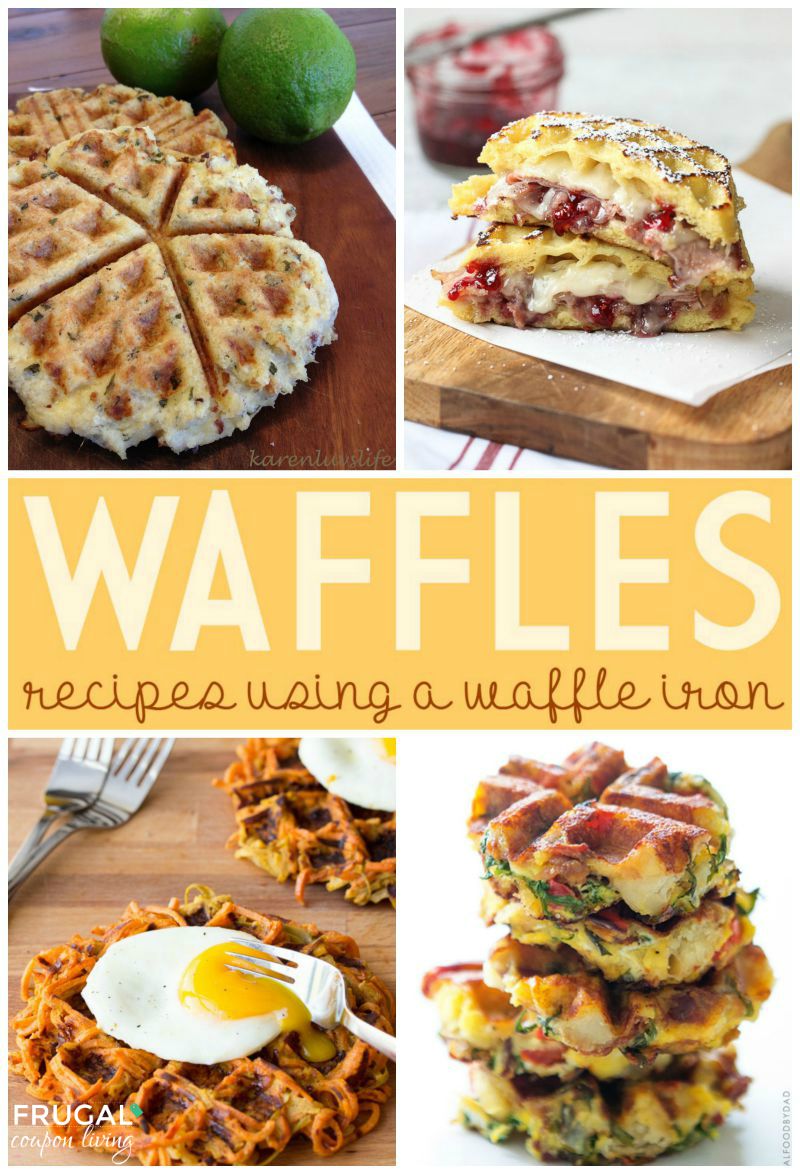 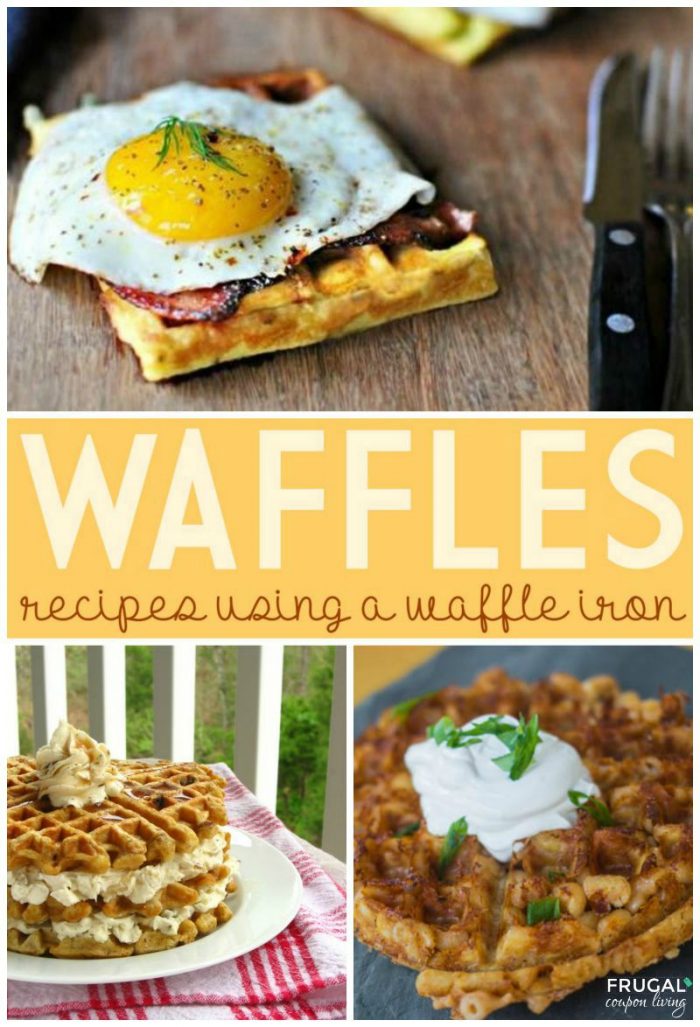 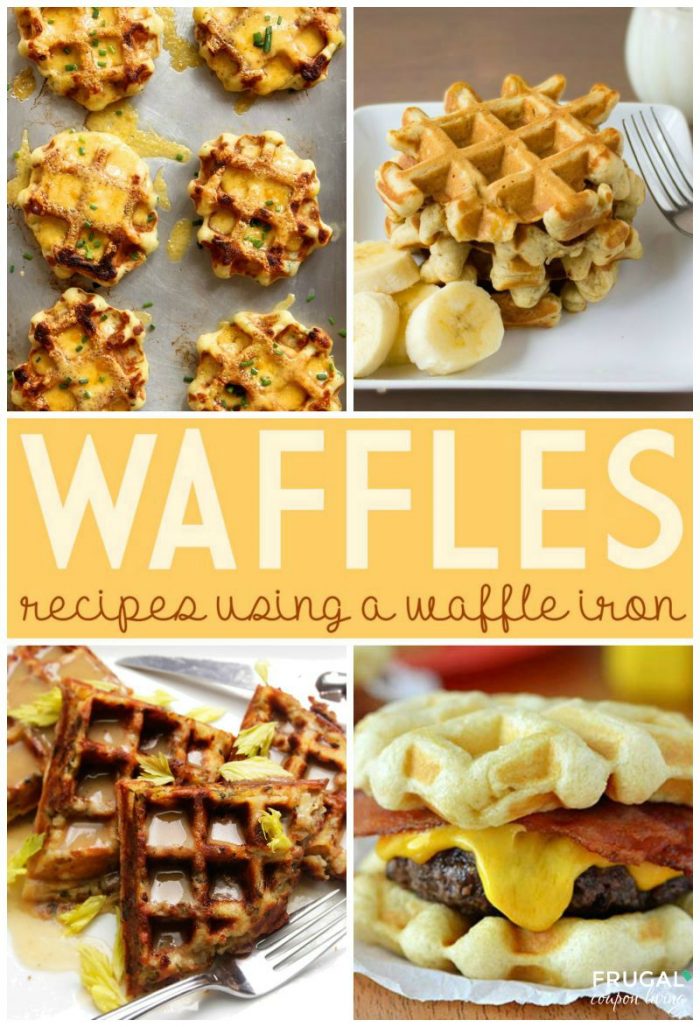 Mashed Potato Cheddar and Chive Waffles from Joy the Baker

Waffled Bun Bacon Cheeseburgers from Life in the Lofthouse 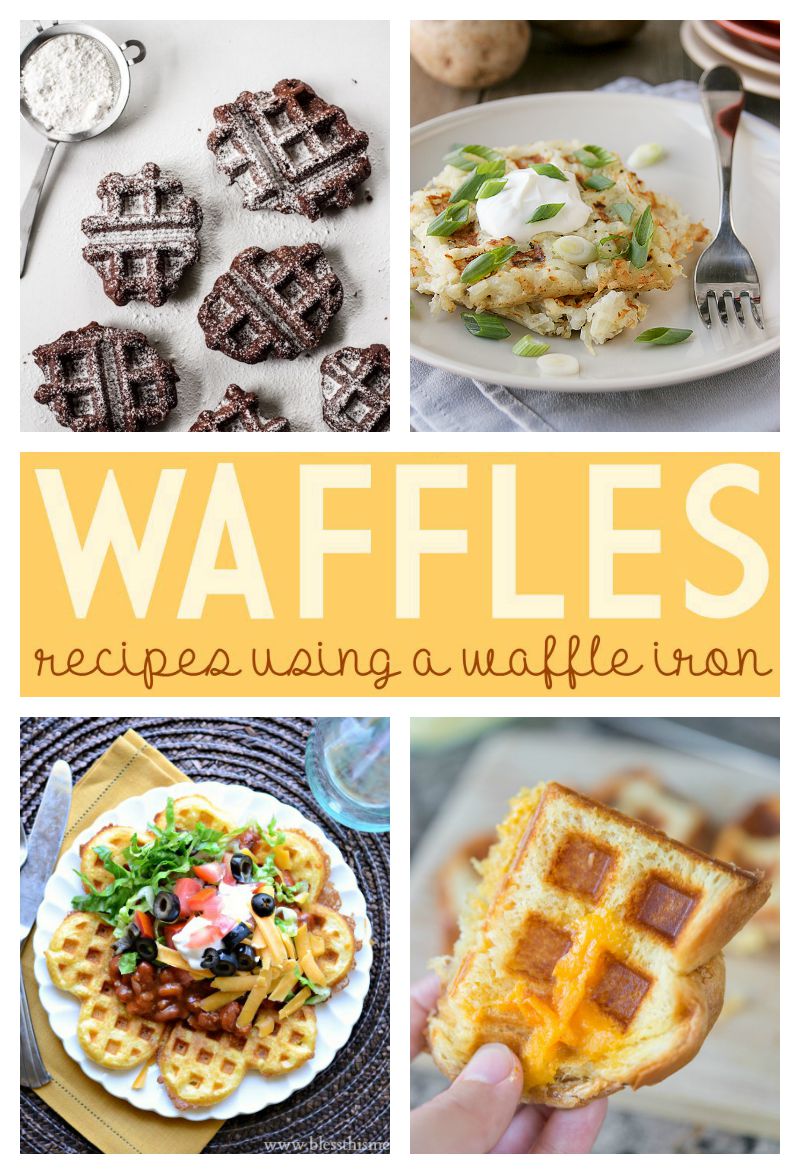 Do these Waffles inspire you? Try, as well, these Gourmet Grilled Cheese Recipes. Pin to Pinterest.