Are you following all our Elf on the Shelf Ideas? We have plenty of creative elf ideas for the holiday season, but sometimes the worst happens – Elf on the Shelf Didn’t Move. Take a look at these 25 reasons your elf lost magic!

Elf on the Shelf Didn’t Move! 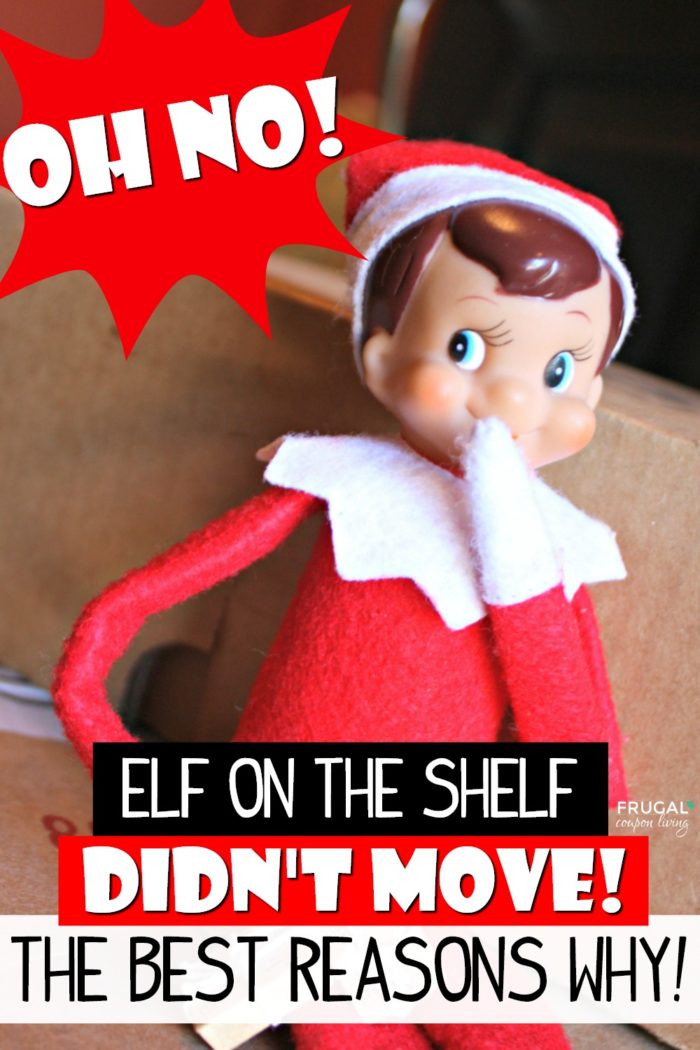 It is inevitable. Even with hundreds of Elf on the Shelf Ideas floating in your head, you forget. One morning, your child will wake you up upset because that funny Elf on a Shelf is in the same spot as when he or she went to bed. That Elf sometimes gets lazy, distracted and completely unaware of what he is supposed to do, right? 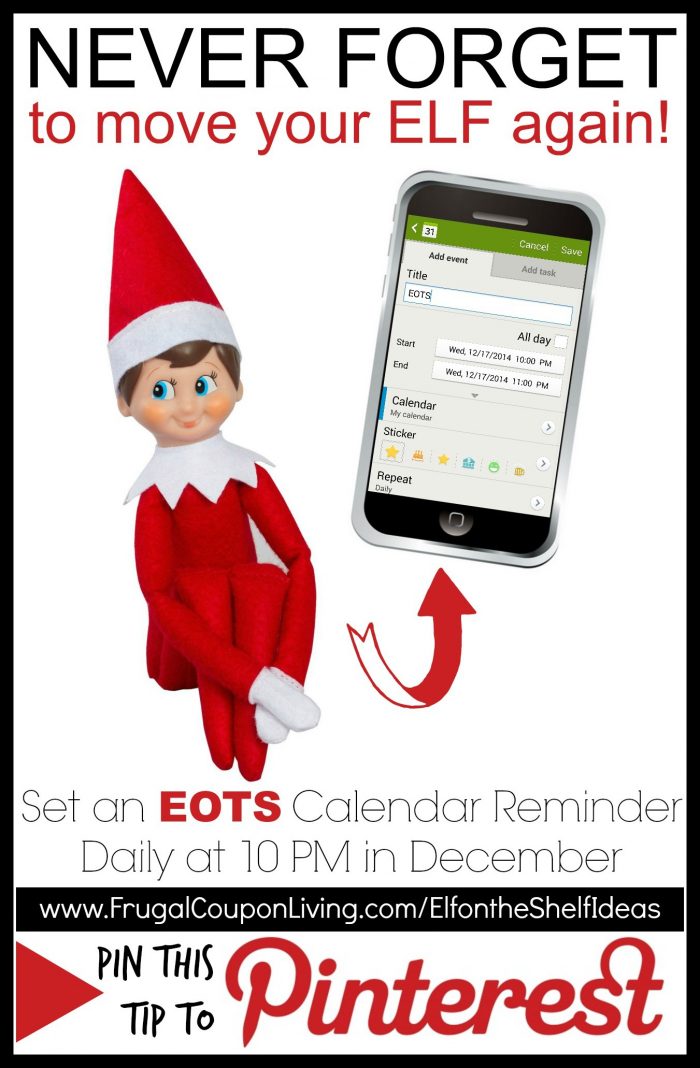 Before you make your next move, go to your phone. On your calendar, set an alarm or reminder for the next x-number of days. Remind yourself each evening with a simple acronym EOTS. I used to set mine for 10 PM, but as my kid population increased, my reminder is now 9:30 PM. I need sleep too.

Next, study these 25 Elf on the Shelf Ideas your Elf didn’t move. You need to be prepared with a quick answer. Many of these reasons are very reasonable! If elf just lost his magic, be sure to use this Magic Gripper Elf on the Shelf printable to move him!

So what are we to tell the kids when this happens? Do you have some ready made reasons?

Here are 25 solid ones that are completely factual about our little Elf on a Shelf:

1) He’s Tired or Sick. Be sure to “doctor” him back to health before relocation, drop him some medicine and maybe a band-aid.

2) It’s a Trick – He moved and came back to the same spot! He really likes this spot. Don’t you notice how his leg is a little different?

3) He Fell Asleep Waiting on You to Fall Asleep. Be sure to make sure you in bed on time.

4) He’s Teleworking Today. This is an important skill for Elves as they get older.

5) FAA Grounded All Elves due to Storms. This is a good time to turn on the Weather Channel.

6) He Sprained His Ankle. Place and ace bandage and some Advil beside him.

7) He Heard You Turn Over In Bed Last Night. He thought you were getting up and froze!

8) He Stayed Up Late Watching The Weather Channel (For the North Pole) and got Distracted. Again, this is a good time to turn on the weather channel.

9) He is stuck! Make sure you save him and get him loose, leave some ropes or a ladder. You could also use the Elf on the Shelf Magic Grippers (free printable!)

10) He ate too much and did not feel like moving. Drop off some Pepto-Bismol and maybe some Saltines.

11) It is my fault. I got up to use the bathroom and I bet he stayed put because of it. Apologize to the kids and promise to be quieter tonight.

12) Our dog (cat, etc) kept on moving and would not give him room to move. When all else goes wrong, blaming the pet always works.

13) He is on North Pole time. He still might move. Move Elf after the kids go to school.

14) He had jet lag. He had to visit the North Pole twice last night.  Give him a pen and paper so he can take notes. This will prevent him for having to go to the NP twice for forgetting to share information with Santa.

15) He couldn’t leave because of an Elf traffic Jam. Tonight, half the elves will visit Santa while the other half stay behind until the can clear the transport holes.

16) It is a super special Elf Holiday! Do something special for elf. He loves balloons, streamers, cookies, anything that celebrates his Elf Holiday.

17) Elf had a gift wrapping party with the other elves and forgot to move places when he came back. While the kids are not looking, place remnants of wrapping paper around the house for you, or them, to uncover.

18) It was a test to see if you are paying attention. You pass!

19) He sent the message to the North Pole via federal express. He was tired. Give him a blanket and pillow.

20) He sent the message with a friend’s Elf so he didn’t have to travel. That’s friendship!

21) You stayed up too late! Did you fall asleep right away? We’re you talking?

22) He wanted to move but the eggnog was weighing him down.  Again, drop off some Pepto-Bismol and maybe some Saltines.

24) His Christmas Spirit must be low! Can we sing to him to boost him back up? Even elves get down now and then!

25) Santa gave him the day off for being such a good elf! Give him a star and let him know how proud you are of him. 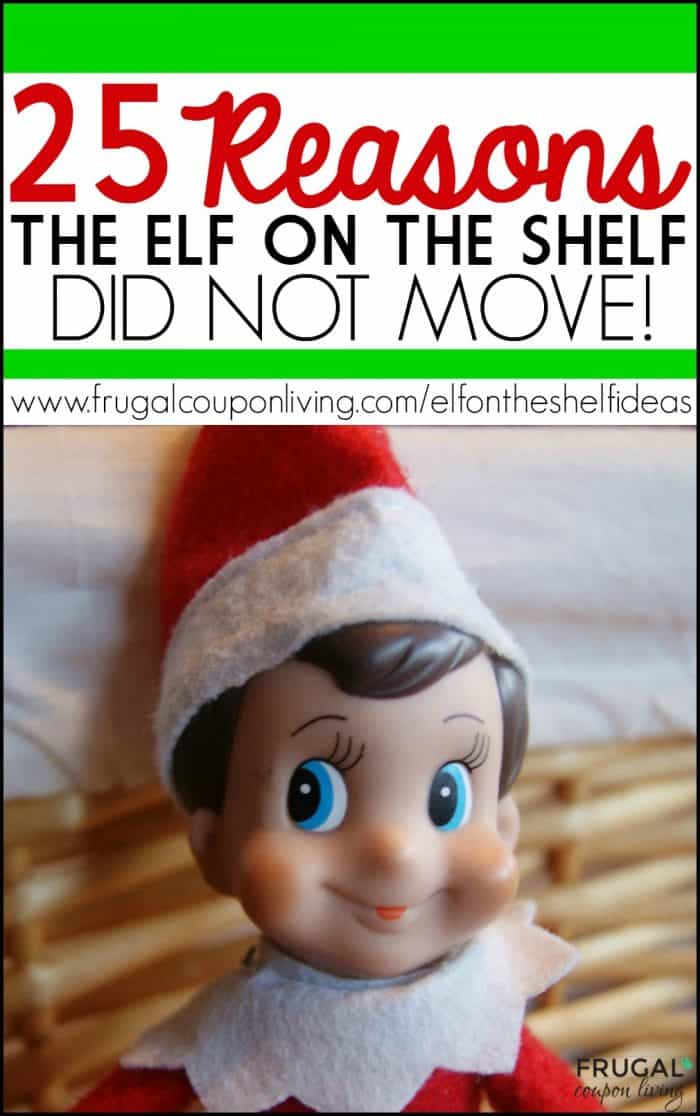 Don’t forget all of our daily Elf on the Shelf Ideas. Pin to Pinterest.

Save these Elf on the Shelf Printables. Pin to Pinterest. 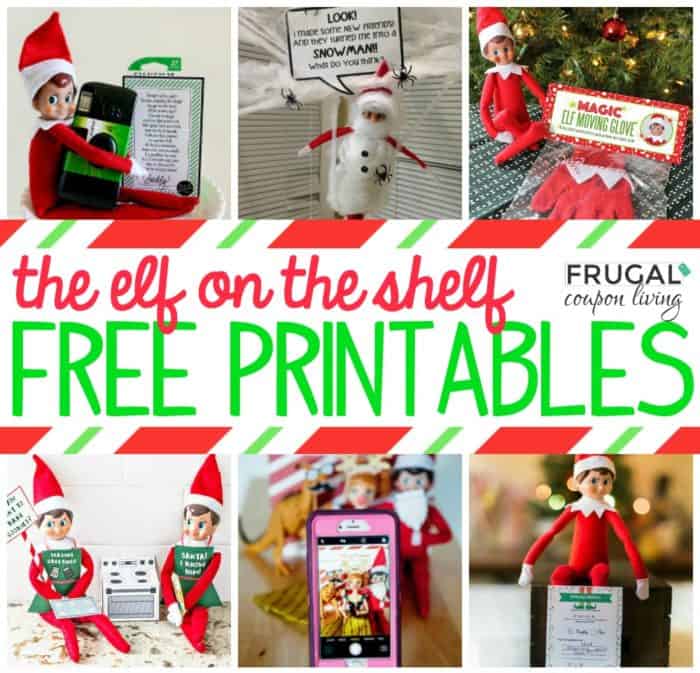 WHAT’S TRENDING? Get inspired these with Back to School Ideas.