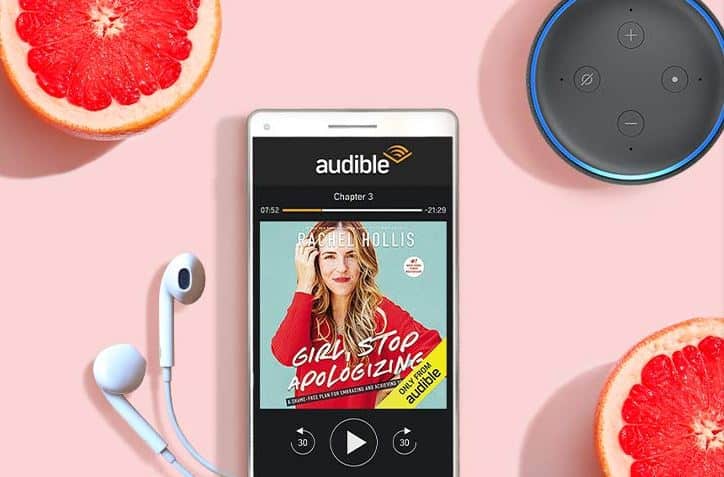 I was listening to podcasts for the longest time, and I got tired of the same old story. Self help, current events, murder mysteries, and they were just too much. I was ready for fiction and narratives. Below are books I have been reading over the past three months. There are some good ones, enjoy and be sure to share your favorites too!

I choose Audible to read. You can get one free month of Audible today!

What comes with your Audible trial?

Sorry I don’t share this often, but recommended books never expire – right? Can you tell I had a baby in 2016 and two more in 2017 – a little bit too busy to read! – Haha. Honestly,I have been reading but I have mixed in a lot of podcasts because they are short and easier to interrupt than a book. 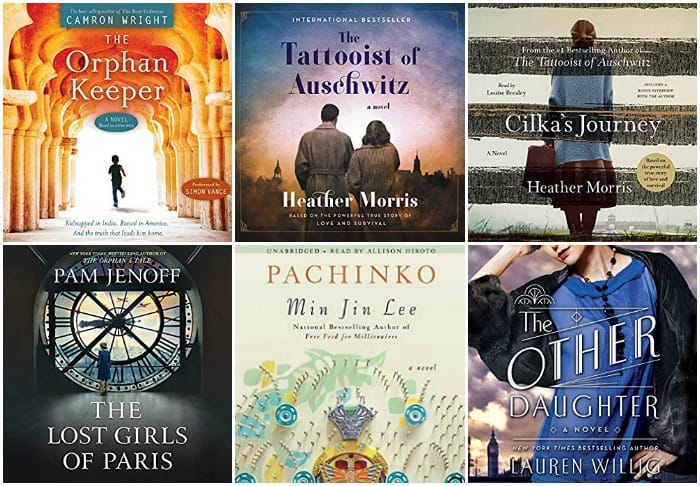 I really enjoyed this book because of my India Trip. An inspiring, true story about a boy adopted into the United States but unable to share (via his language barrier), he isn’t an orphan but rather kidnapped off the streets.

Seven-year-old Chellamuthu’s life – and his destiny – is forever changed when he is kidnapped from his village in Southern India and sold to the Lincoln Home for Homeless Children. His family is desperate to find him, and Chellamuthu anxiously tells the Indian orphanage that he is not an orphan, he has a mother who loves him. But he is told not to worry, he will soon be adopted by a loving family in America.

The Tattooist of Auschwitz

I am not going to lie. I think I know a fair amount about the Holocaust but this book was particularly hard. It really brought forth a deep empathy and sadness of what the survivors experienced. Also based on a true story.

…A vivid, harrowing, and ultimately hopeful recreation of Lale Sokolov’s experiences as the man who tattooed the arms of thousands of prisoners with what would become one of the most potent symbols of the Holocaust, The Tattooist of Auschwitz is also a testament to the endurance of love and humanity under the darkest possible conditions.

Because I wanted to know more about one of the characters in The Tattooist of Auschwitz, I followed up my read with this novel. By the end, I was really broken and sad about what I was reading. I recommend both but maybe a short light-hearted break in between.

Cilka is just 16-years-old when she is taken to Auschwitz-Birkenau Concentration Camp in 1942, where the commandant immediately notices how beautiful she is. Forcibly separated from the other women prisoners, Cilka learns quickly that power, even unwillingly taken, equals survival. When the war is over and the camp is liberated, freedom is not granted to Cilka: She is charged as a collaborator for sleeping with the enemy and sent to a Siberian prison camp. But did she really have a choice? And where do the lines of morality lie for Cilka, who was sent to Auschwitz when she was still a child?…

The Lost Girls of Paris

About females in France during WWII who were spies for the British. Their journey then and into present day and how it affected generations ahead.

…Vividly rendered and inspired by true events, New York Times best-selling author Pam Jenoff shines a light on the incredible heroics of the brave women of the war and weaves a mesmerizing tale of courage, sisterhood, and the great strength of women to survive in the hardest of circumstances.

I really enjoyed this book. It really made me learn more about both Korean and Japanese culture through the eyes of three generations. The story continued to evolve so you never bore of just one character or story.

Profoundly moving and gracefully told, Pachinko follows one Korean family through the generations, beginning in early 1900s Korea with Sunja, the prized daughter of a poor yet proud family, whose unplanned pregnancy threatens to shame them. Betrayed by her wealthy lover, Sunja finds unexpected salvation when a young tubercular minister offers to marry her and bring her to Japan to start a new life.

Interesting read. No regret for reading this but I struggle to recall the story and the ending. Because of that, I admit it didn’t leave an impression on me but I never felt a need to not finish the book and it was the book that I read before the others listed above – so many reads in between!

Raised in a poor yet genteel household, Rachel Woodley is working in France as a governess when she receives news that her mother has died suddenly. Grief stricken, she returns to the small town in England where she was raised to clear out the cottage…and finds a cutting from a London society magazine, with a photograph of her supposedly deceased father dated all of three month before. He’s an earl, respected and influential, and he is standing with another daughter – his legitimate daughter. Which makes Rachel…not legitimate. Everything she thought she knew about herself and her past – even her very name – is a lie… 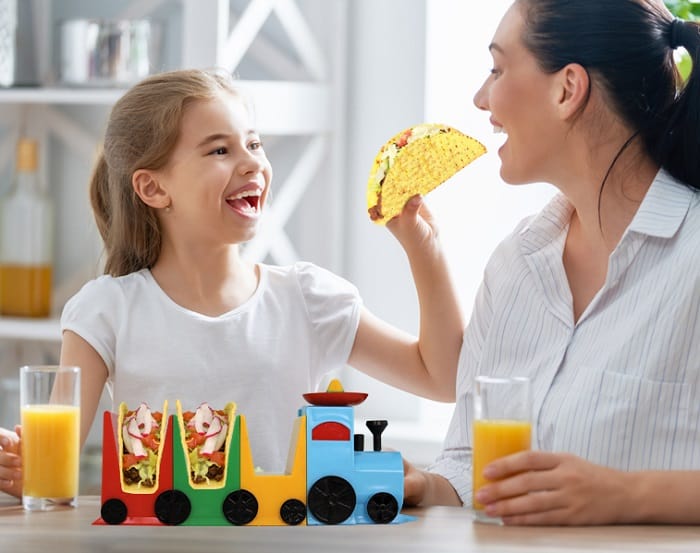 Make Taco Night a Delight! Arrange a Mr. Taco Train at each table setting and watch your kids’ eyes light up when they see the colorful sombrero and exciting choo choo train holding their tacos! The handy train compartments hold the taco shell upright so you can easily spoon in the toppings! And, its super simple for kids to rest their taco while they take a drink.

Check out our 52 Weeks of Taco Tuesday Ideas

As a reminder, Amazon prices can change at any time. This price was current at publishing time. Be sure to confirm the price before purchasing to ensure this deal has not changed. 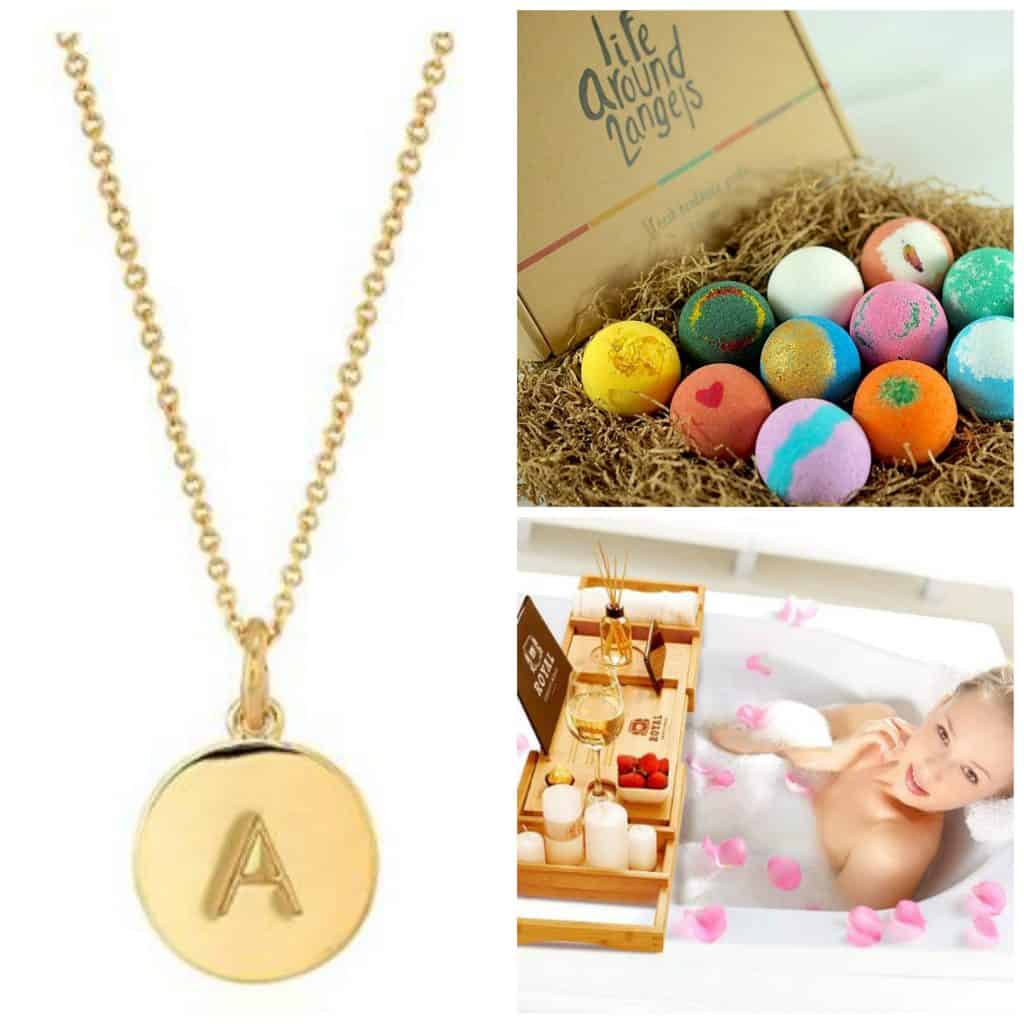 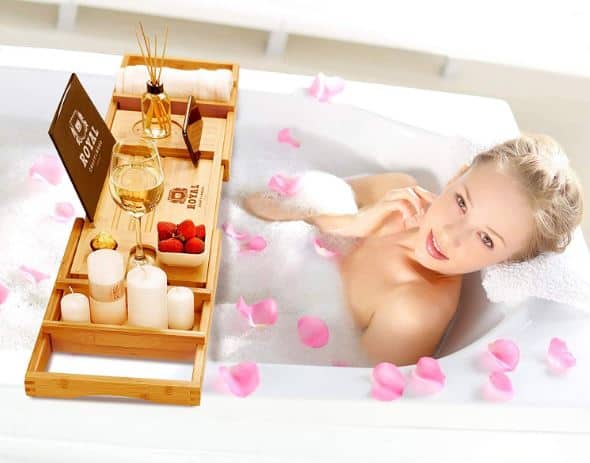 Relaxing after a long day is something a lot of women love to do. This Royal Craft Luxury Bathtub Caddy will help her relax while keeping everything she needs within reach, like a book, her phone and a glass of wine. 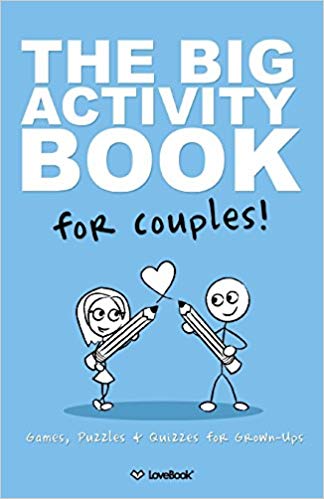 Spend some quality time together as a couple while having a fun at-home date night with The Big Activity Book For Couples. Some of the games will ask you to work together for a sense of accomplishment through bonding. Others will allow you to get to know your sweetheart a little better through questions and quizzes. 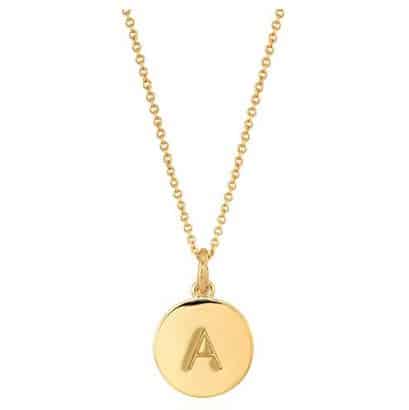 Jewelry is always a winning gift idea, and any woman would love to get this dainty Kate Spade New York Gold-Tone Alphabet Pendant Necklace. This necklace would look fabulous with any outfit from dressy to casual. 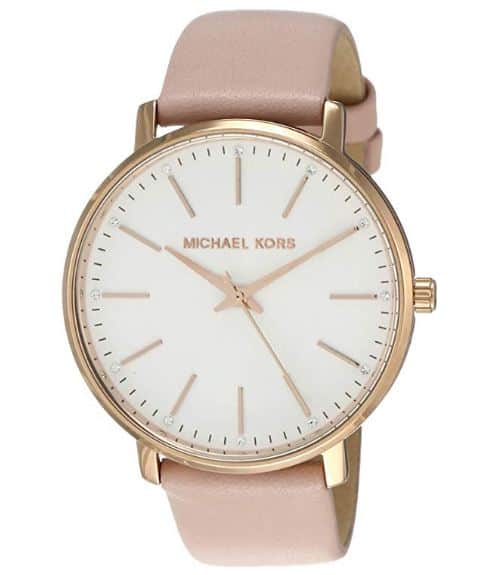 A watch is another great gift idea that’s always a hit. This Michael Kors Women’s Stainless Steel Quartz Watch is classic and the perfect gift for anyone who loves Michael Kors items. 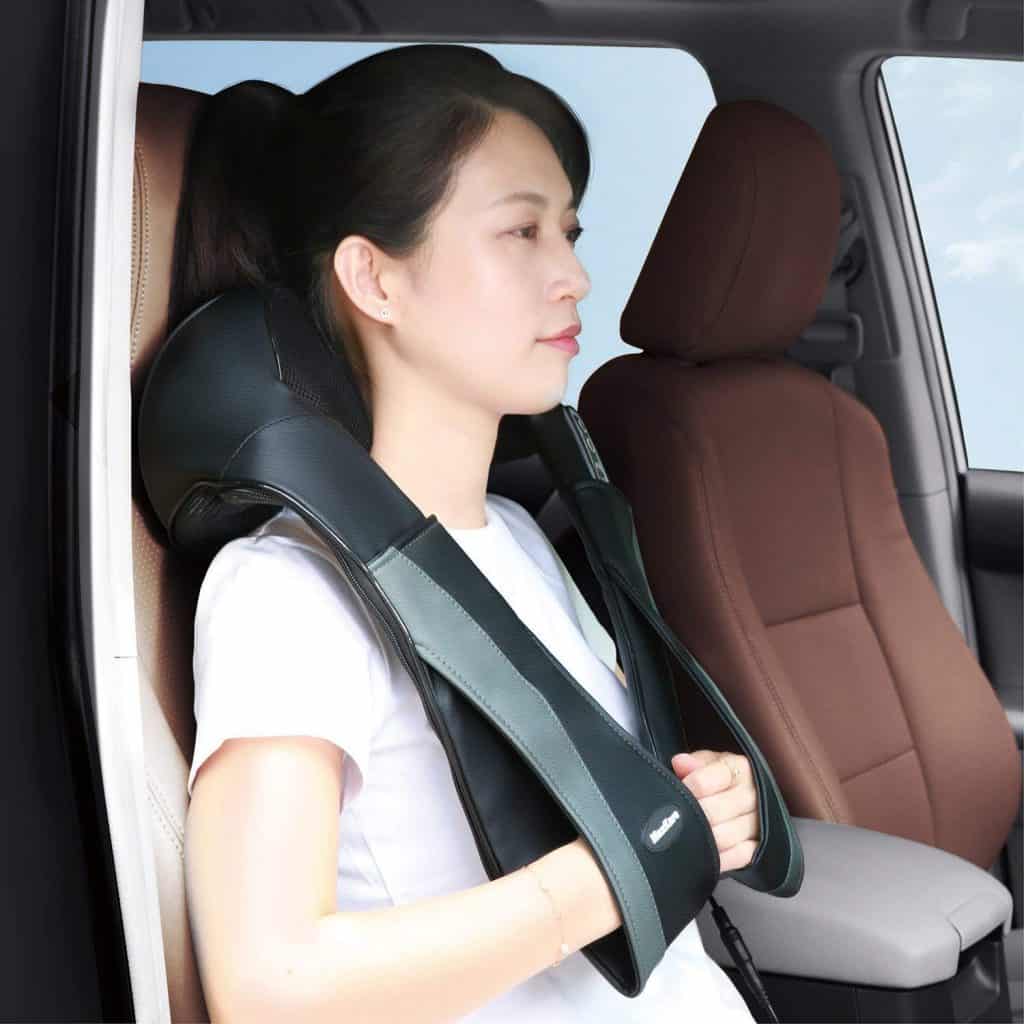 Unwind after a long day and relax with this MaxKare Shiatsu Neck Shoulder Massager. This massager has 8 Bi-directional rotation knots with optional heating therapy mode and 3 adjustable intensity. 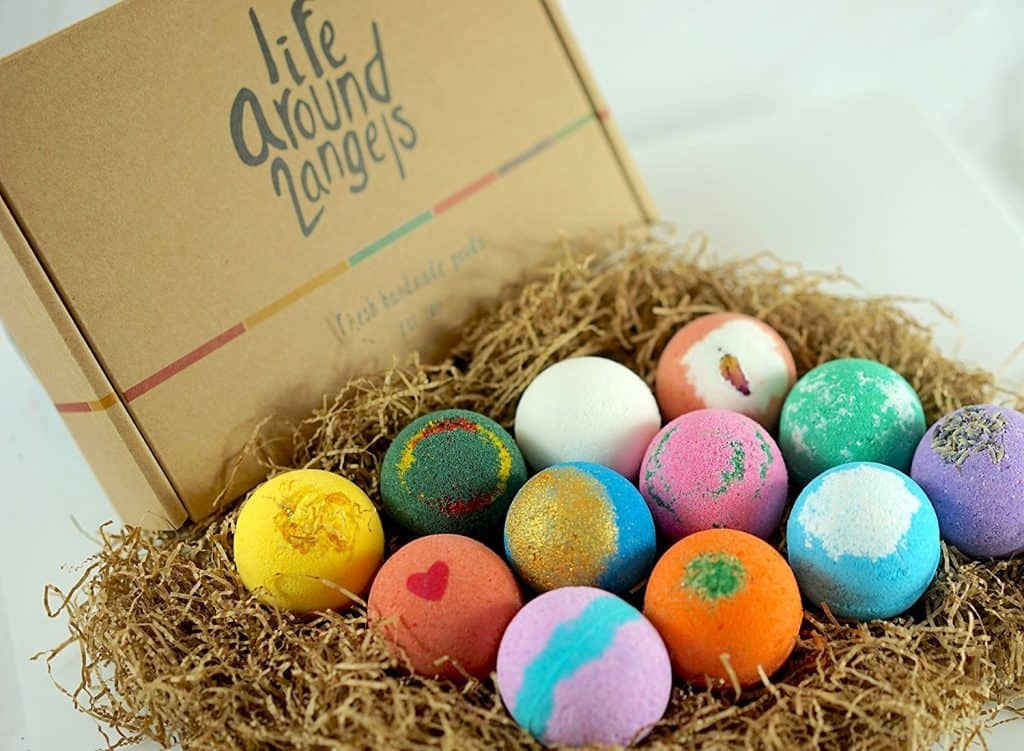 Does the woman in your life love bath bombs? She can have some relaxing baths with this LifeAround2Angels Bath Bombs Gift Set. These bath bombs have shea and cocoa butter to moisturize skin.

Amazon prices can change at any time, so grab these deals while you can. 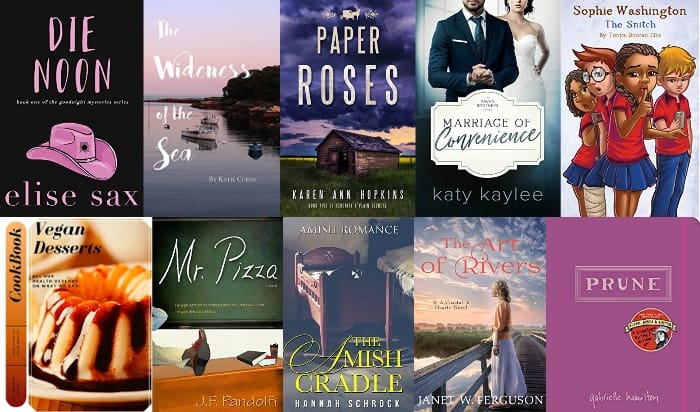 Below is a list of some of the best FREE and Cheap e-Books you can download on your e-reading device today! Don’t have a Kindle? That’s OK! You can read Kindle books on computers and most smartphones and tablets – iPhones, iPads, Android Devices and more!

Books That Are Not Free but Trending on Amazon

Amazon has a selection of Kindle Readers and Fire Tablets where prices start at $49.99. As always, amazon prices and freebies are schedule to change.

Remember you get FREE Shipping on Amazon when you spend $25 or FREE shipping with Amazon Prime.

Grab a Trial of Amazon Prime!

As a reminder, Amazon prices can change at any time. This price was current at publishing time. Be sure to confirm the price before purchasing to ensure this deal has not changed or expired.

Find more FREEBIES and Amazon Deals on Frugal Coupon Living.
WHAT’S TRENDING? Get inspired this Valentine’s Day with these Galentine Valentine’s Day Ideas for the girls. 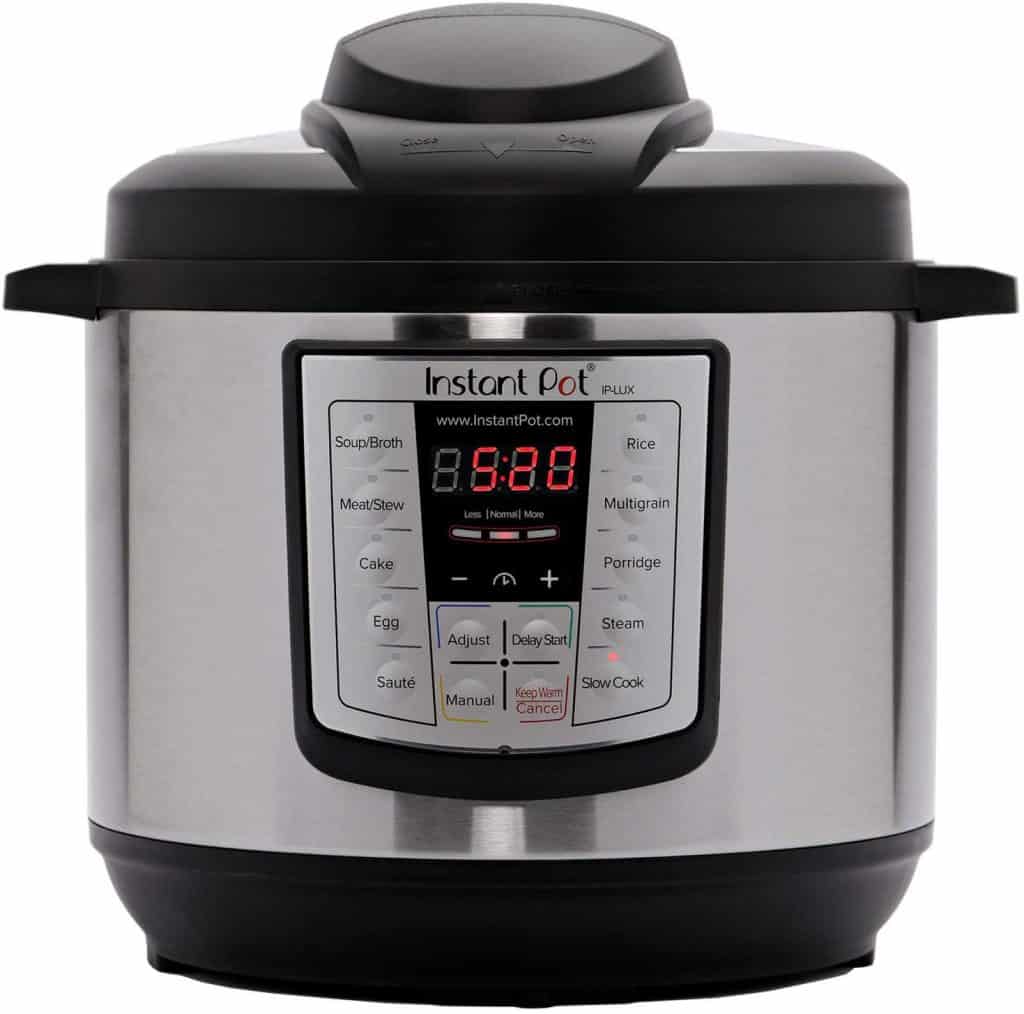 Who’s in the market for an Instant Pot?? Today only, 1/27, you can get the Instant Pot 6 Qt. Lux 6-in-1 Electric Pressure Cooker on sale at Amazon!

Instant Pots are awesome because they cook food so much faster than you would on the stove. And, this is 6 appliances in one – pressure cooker, slow cooker, rice cooker, steamer and warmer!

Hurry to get the Instant Pot 6 Qt. Lux 6-in-1 Electric Pressure Cooker while it’s on sale today only!

Amazon prices can change at any time, so grab these deals while you can. 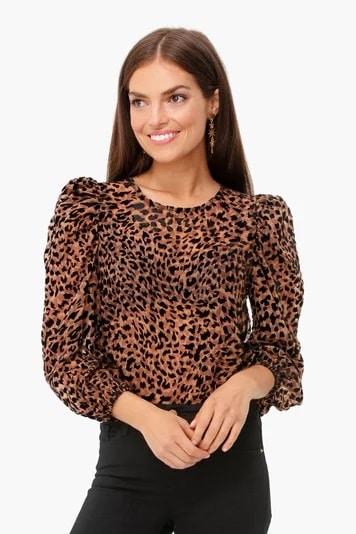 With puff-sleeves and a velvety animal print, the Brown Leopard Burnout Top by JOA is full of personality. Pair with black pants and gold accents for our favorite look.

How cute is this sweater for Valentine’s Day? Hurry to get this Luxe Love Sweater on sale for $29 (reg. $49).

This sweater is casual and fashion-forward. It’s perfect for Valentine’s Day, but you don’t have to stop wearing it then. This Love Heart Sweater will last all year long. I love outfits for the holidays that can be worn afterward, too.

If you love Jane, also check out GroopDealz, Cents of Style and Belle Chic.